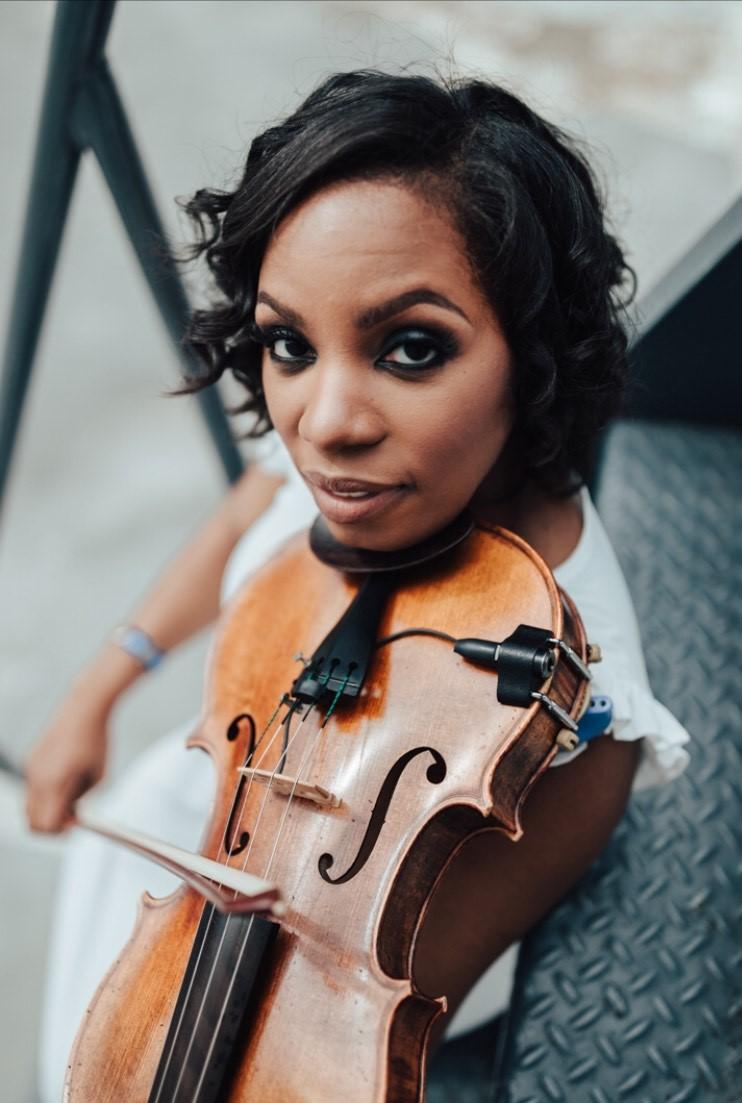 More Than Rhythm: A Black Music Series returns with Nicole Neely and The Black Exchange

Columbia, S.C. – The Columbia Museum of Art presents More Than Rhythm: A Black Music Series with Nicole Neely and The Black Exchange, the second concert in the second season of the popular music series, on Thursday, December 8, from 7:00 to 9:00 p.m. with galleries and bar open at 6:00 p.m. The evening celebrates the impact and influence of Black composers and musicians in American classical music. Violinist-arranger-composer-conductor and Columbia native Nicole Neely sits down with Dr. Birgitta Johnson, ethnomusicologist and series host, and Hassan Anderson, UofSC assistant professor of oboe and coordinator of teaching artistry, for a conversation before Neely and her string quartet, The Black Exchange, perform a range of pieces showcasing the diversity of today’s art music scene.

“One genre of music that I wanted to make sure we featured during More Than Rhythm was art music, better known as classical music,” says Dr. Johnson. “When we think about Black music in America, we often do not think about classical music even though it is a part of American music as are other traditions in our country. Black composers and musicians have not only participated in the classical music world for over two centuries, in the U.S. they have helped to build a distinctly American voice in the European-born tradition. Whether it’s William Grant Still or Florence Price composing in the style of the great masters or William Dawson and Harry T. Burleigh recrafting the spirituals for the concert stage, Black composers and the communities who have supported them have forged an unsung legacy in American music.”

Dr. Johnson continues: “Nicole Neely and her string quartet, The Black Exchange, are contemporary vanguards in that legacy. They represent the multifaceted face of art music today — well-versed in classical music but able to pivot to any genre like pop, soul, country, gospel, and hip-hop, but in a chamber music groove. The concert will feature contemporary classical music, unsung Black composers, and reimaginings of other celebrated Black music genres for string quartet.”

Neely attended Dutch Fork High School and studied music education at USC. Based in Nashville, Tennessee, she has become a go-to arranger in the music scene, and her performing and arranging credits include the Who’s Who of popular music, with artists such as Beyoncé, Erykah Badu, HER, John Legend, Willie Nelson, Alicia Keys, Mariah Carey, Lauryn Hill, Florida-Georgia Line, and Toni Braxton. A multi-instrumentalist, Neely also runs her own business, Strings Chick Music Company.

Guest panelist Hassan Anderson is a soloist, chamber musician, conductor, and the co-artistic director for Ecce Ensemble. He was named the Yale School of Music Distinguished Teaching Artist of the Year in 2019 and was previously on faculty at Juilliard School of Music, Manhattan School of Music, and the Harlem School of the Arts.

Dr. Johnson’s recent publications include a chapter about 21st-century gospel archiving in The Oxford Handbook of Musical Repatriation, a chapter about gospel remixes of Beyoncé songs in Beyoncé in the World: Making Meaning with Queen Bey in Troubled Times, and sacred themes in the music of Outkast in An OutKast Reader: Essays on Race, Gender, and the Postmodern South. She has been quoted or featured in media and news outlets such as Rolling Stone Magazine, NPR, Vox, Public Radio International, and South Carolina ETV.

A multi-instrumentalist and singer, Dr. Johnson has performed professionally and/or recorded with artists and ensembles from a variety of genres including the Southeast Symphony Orchestra of Metropolitan Los Angeles, the Gospel Music Workshop of America, Francisco Aguabella’s AfroCuban Folkloric Group, and the ESPY Awards with Justin Timberlake, The O’Jays, Yolanda Adams, Talib Kweli, and BeBe Winans. At UofSC she teaches courses on world music, hip-hop, the blues, African music, Black sacred music, Beyoncé, and the history of ethnomusicology.

More Than Rhythm: A Black Music Series with Nicole Neely and The Black Exchange

Presented by the Baker & Baker Foundation. This program has been made possible in part by the National Endowment for the Humanities: Democracy demands wisdom. This program is supported by a Connected Communities grant from Central Carolina Community Foundation.