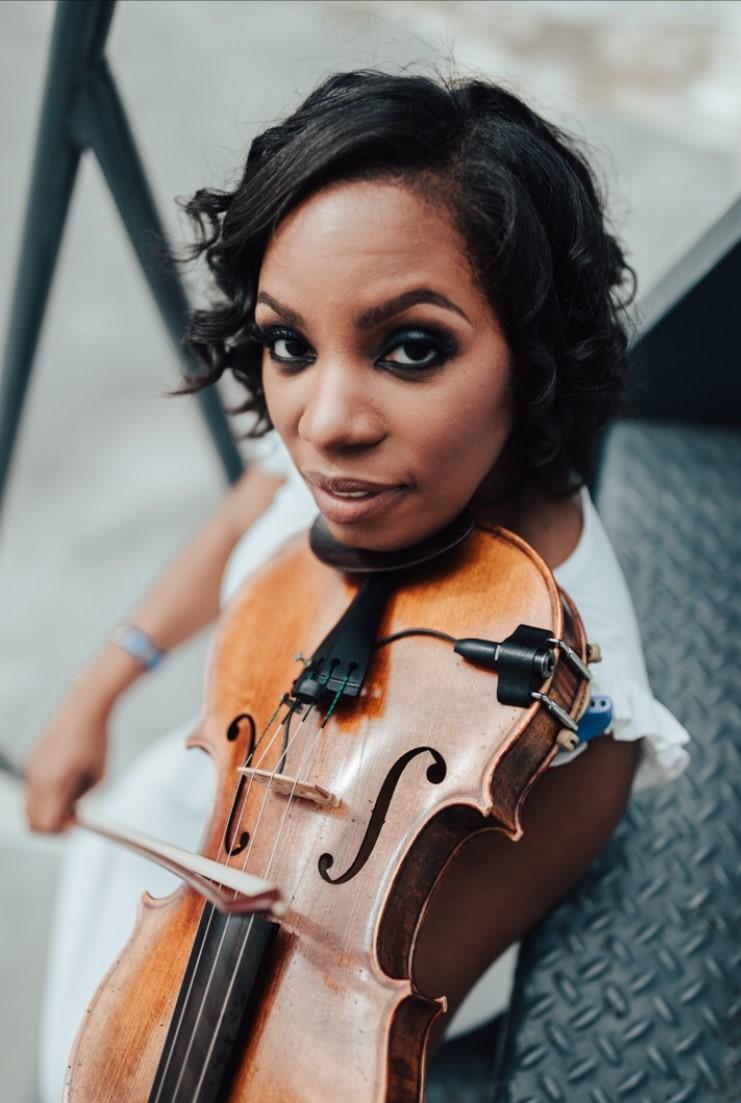 Violinist-arranger-composer-conductor and Columbia, S.C., native Nicole Neely joins us for a More Than Rhythm concert celebrating the impact and influence of Black composers and musicians in American classical music. Neely and her string quartet, The Black Exchange, perform a range of pieces showcasing the diversity of today’s art music scene.

Based in Nashville, Tennessee, Neely has become a go-to arranger in the music scene, and her performing and arranging credits include the Who’s Who of popular music, with artists such as HER, John Legend, Beyoncé, Alicia Keys, Mariah Carey, and Toni Braxton. A multi-instrumentalist, Neely also runs her own business, Strings Chick Music Company.

The pre-concert talk features Neely, series host and ethnomusicologist Dr. Birgitta Johnson, and Dr. Hassan Anderson, UofSC assistant professor of oboe and coordinator of teaching artistry. Anderson is a soloist, chamber musician, conductor, and the co-artistic director for Ecce Ensemble. He was named the Yale School of Music Distinguished Teaching Artist of the Year in 2019 and was previously on faculty at Juilliard School of Music, Manhattan School of Music, and the Harlem School of the Arts.

Presented by the Baker & Baker Foundation. This program has been made possible in part by the National Endowment for the Humanities: Democracy demands wisdom. This program is supported by Richland County Government and a Connected Communities grant from Central Carolina Community Foundation.