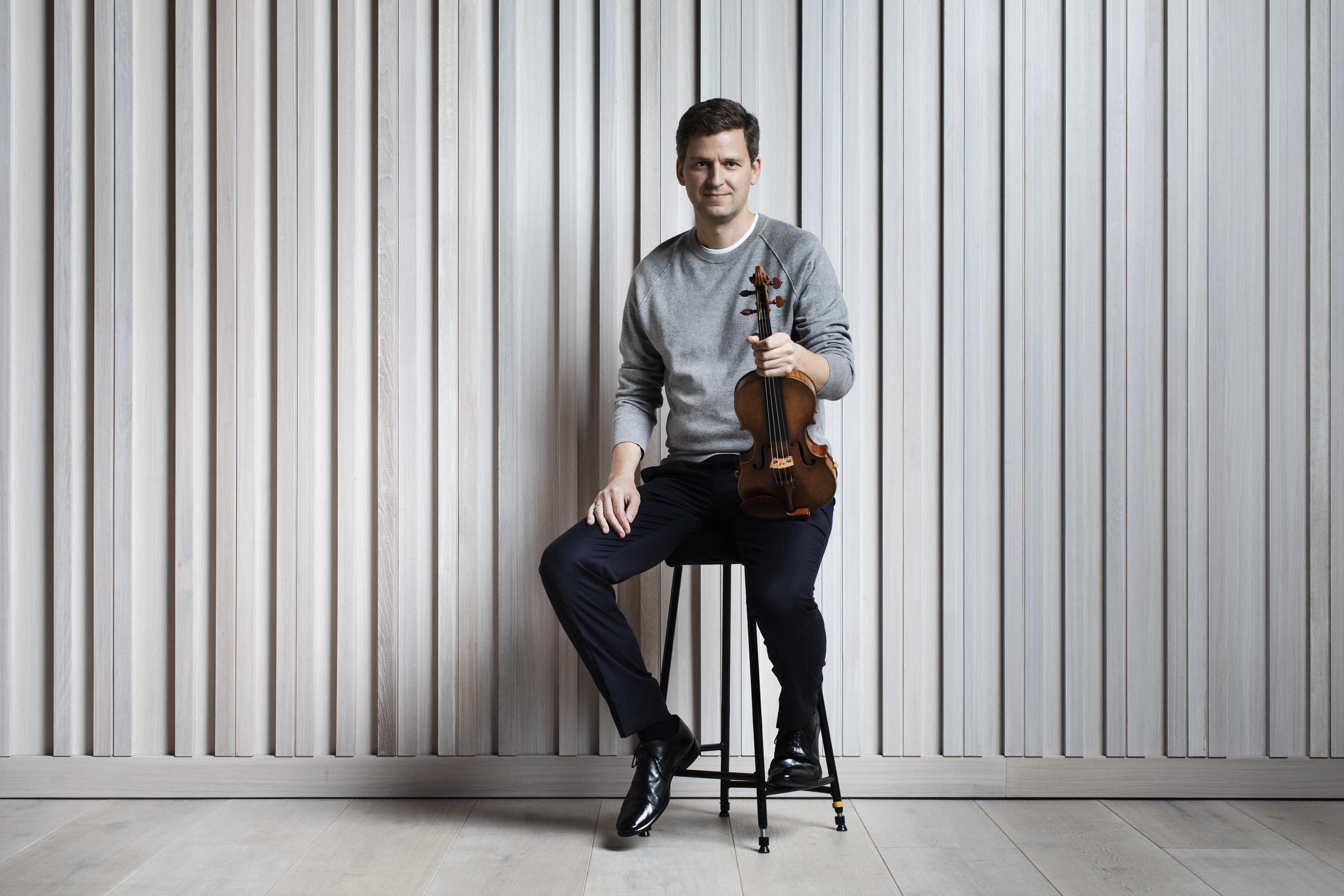 Columbia, S.C. – The Columbia Museum of Art announces the triumphant return of CMA Chamber Music on Main, the critically acclaimed, intimate concert series in which music and art blend together to create an unforgettable evening. The 2021–2022 season kicks off with a bang on Monday, November 1, as pianist and Artistic Director Andrew Armstrong welcomes back his frequent collaborator and one of the most sought-after violinists on the international stage, James Ehnes, who recently won the 2021 Classical Music Artist of the Year at the prestigious Gramophone Awards. Throughout the night the duo will grace concertgoers with the instrumental beauty of Robert Schumann and Johannes Brahms:

Ehnes has established himself as one of the most sought-after violinists on the international stage. Gifted with a rare combination of stunning virtuosity, serene lyricism, and an unfaltering musicality, Ehnes is a favorite guest at the world’s most celebrated concert halls. Recent orchestral highlights include the MET Orchestra at Carnegie Hall, Gewandhausorchester Leipzig, San Francisco Symphony, New York Philharmonic, Frankfurt Radio Symphony, London Symphony, Philadelphia Orchestra, and Munich Philharmonic. His extensive discography of more than 50 releases has won many awards including two Grammy Awards, two Gramophone Awards, and 11 Junos. Recent releases include the complete Beethoven Sonatas with Armstrong, the Six Solo Sonatas by Ysaÿe, and concerti by Kernis, Howard, Strauss, and Beethoven.

Ehnes began violin studies at the age of five and became a protégé of the noted Canadian violinist Francis Chaplin. He continued his studies with Sally Thomas at The Juilliard School, winning the Peter Mennin Prize for Outstanding Achievement and Leadership in Music upon his graduation in 1997. He is a fellow of the Royal Society of Canada and a member of both the Order of Manitoba and the Order of Canada. Ehnes plays the “Marsick” Stradivarius of 1715.

Praised by critics for his passionate expression and dazzling technique, pianist Armstrong has delighted audiences across Asia, Europe, Latin America, Canada, and the United States, including performances at Carnegie Hall, the Kennedy Center, London’s Wigmore Hall, the Grand Hall of the Moscow Conservatory, the Rudolfinum of Prague, and Warsaw’s National Philharmonic.

Armstrong’s orchestral engagements across the globe have seen him perform a sprawling repertoire of more than 50 concertos with orchestra. He has performed with such conductors as Peter Oundjian, Itzhak Perlman, Günther Herbig, Stefan Sanderling, Jean-Marie Zeitouni, and Stanislaw Skrowaczewski, and has appeared in solo recitals in chamber music concerts with the Elias, Alexander, American, and Manhattan String Quartets, and also as a member of the Caramoor Virtuosi,Seattle Chamber Music Society, and the Jupiter Symphony Chamber Players. The 2021–2022 season takes Armstrong across the globe with concerts in London, Glasgow, Geneva, Dresden, and across the U.S., Canada, and Australia. Last season Armstrong and Ehnes teamed up to release the complete cycle of 10 Beethoven Violin Sonatas to celebrate the composer’s 250th birthday. The duo performed the cycle in cities around the world over the past two years and will continue the project through 2022.