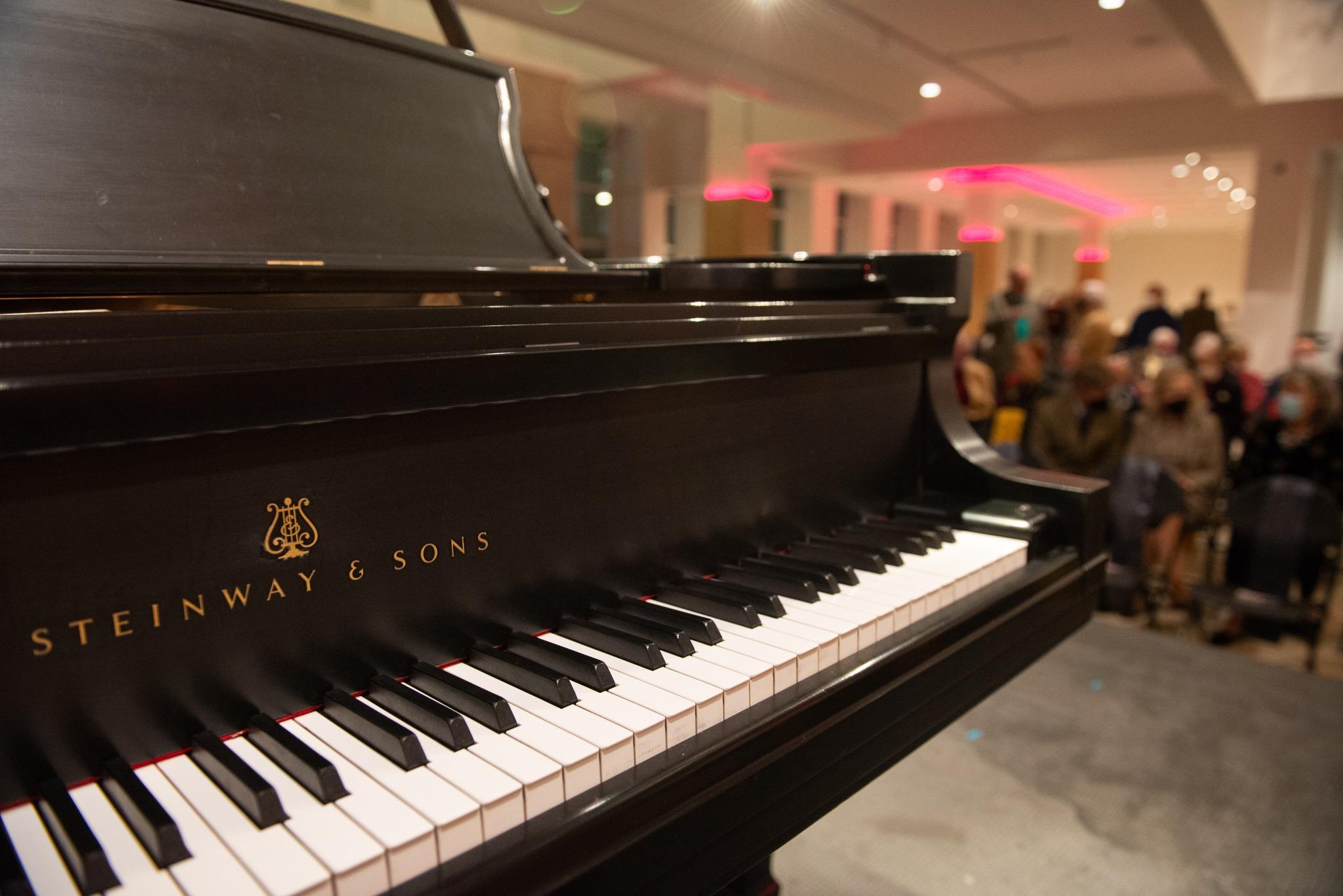 Columbia, S.C. – The Columbia Museum of Art announces the triumphant return of CMA Chamber Music on Main, the critically acclaimed, intimate concert series in which music and art blend together to create an unforgettable evening. The 2022–2023 season kicks off with a bang on Monday, November 7, as pianist and series artistic director Andrew Armstrong welcomes an all-star lineup of magnificent musicians to the stage: Dominic Desautels on clarinet, Beth Guterman Chu on viola, Arnaud Sussmann on violin, and Alice Yoo on cello. Throughout the night the quintet will grace concertgoers with the instrumental beauty of works by Julia Perry, Ludwig van Beethoven, Florence Price, Johan Halvorsen, Frank Bridge, and Fryderyk Chopin.

Principal clarinetist at the Canadian Opera Company and adjunct assistant professor of clarinet at the University of Toronto, Dominic Desautels is in high demand as a soloist and chamber musician. At 21 he was hired as guest principal clarinetist at the Toronto Symphony Orchestra, where he made his debut as a soloist performing a movement of Mozart’s clarinet concerto in 11 concerts.

Beth Guterman Chu is one of the most sought-after young violists of her generation. Before joining the St. Louis Symphony Orchestra in 2013 as principal, she was a member of the Chamber Music Society of Lincoln Center and enjoyed a varied career as a chamber musician and recitalist.

Winner of a 2009 Avery Fisher Career Grant, Arnaud Sussmann has distinguished himself with his unique sound, bravura, and profound musicianship. As a chamber musician, he has performed at the Tel Aviv Museum in Israel, London’s Wigmore Hall, Lincoln Center’s Alice Tully Hall, the White Nights Festival in Saint Petersburg, the Dresden Music Festival in Germany, and the Phillips Collection in Washington, D.C.

Alice Yoo has warmly been hailed for her sensitive musicianship, expressive nuance, and passionate commitment to chamber music and teaching. Yoo is the co-founder and co-artistic director of the Denver Chamber Music Festival, a new destination for world-class chamber music in Colorado.

Praised by critics for his passionate expression and dazzling technique, pianist Andrew Armstrong has delighted audiences across Asia, Europe, Latin America, Canada, and the United States. The 2021-2022 season took him throughout Europe with performances in Glasgow at the Royal Conservatoire of Scotland, London at Wigmore Hall, Geneva at the Conservatoire de Musique de Geneve, and at the Dresden Music Festival. He crisscrossed Canada with concerts in Halifax at the Scotia Fest, Montreal at the Festival Musique de Chambre, and Vancouver at the Vancouver Chamber Music Society. In addition to his performance activities, Armstrong serves as artistic director of two thriving series in South Carolina — CMA Chamber Music on Main and the USC Beaufort Chamber Music Series.