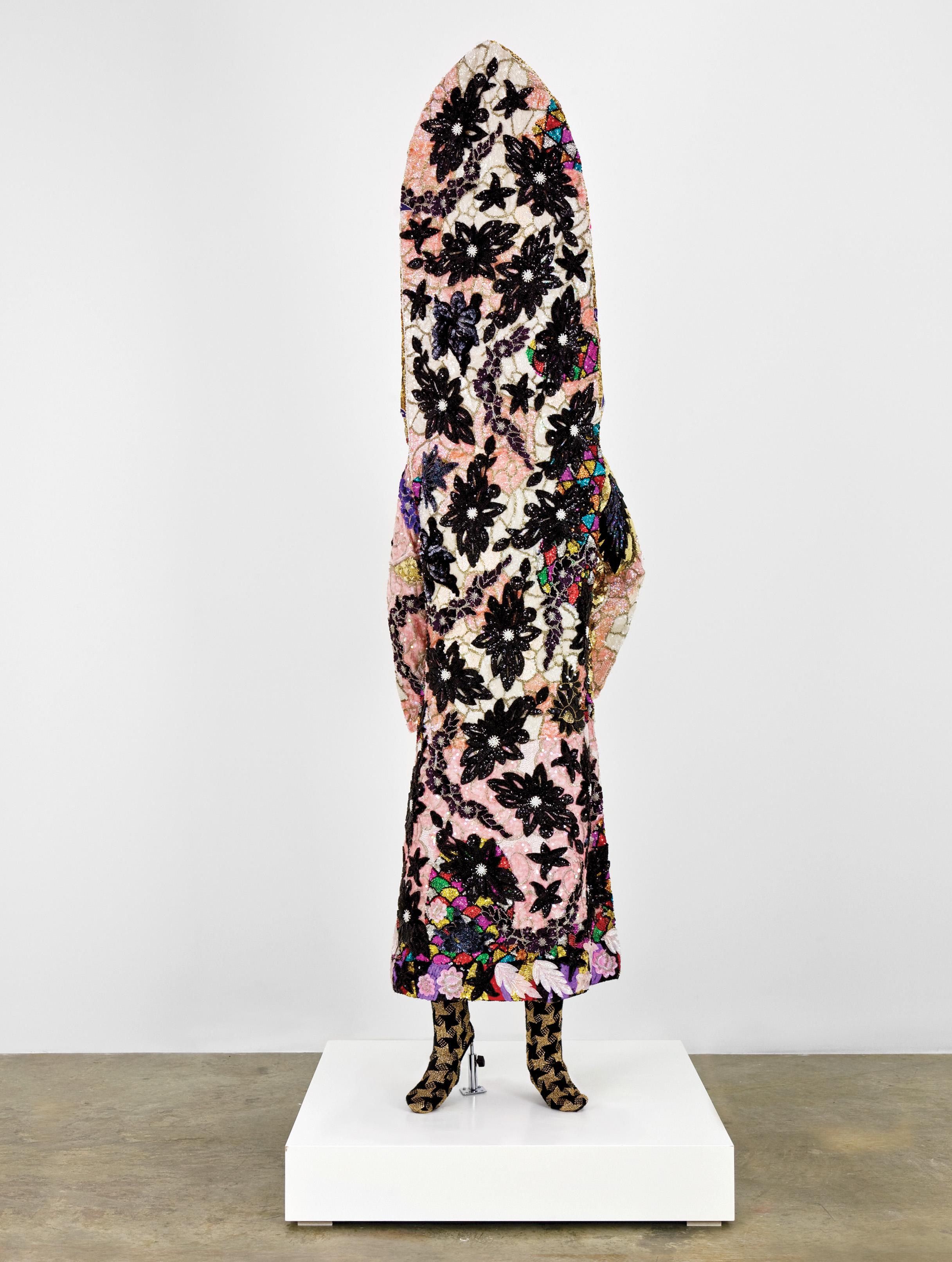 Acclaimed 30 Americans headed to the Columbia Museum of Art

Columbia, S.C. – The Columbia Museum of Art announces its major fall exhibition 30 Americans, a dynamic showcase of contemporary art featuring many of the most acclaimed African American artists of the last four decades, organized by the Rubell Museum and on view at the CMA from Saturday, October 9, 2021, through Monday, January 17, 2022. Opening day festivities include a lecture from Xaviera Simmons, one of the artists featured in the exhibition.

“30 Americans is epic, not only in terms of the artists and the works themselves, but also in the importance of assembling essentially three generations of Black artists alongside each other in conversation,” says CMA Curator Catherine Walworth. “Each gallery brings its own unique surprises, including Nick Cave’s famous Soundsuits and a large and unexpected found-object work by Columbia-born Rodney McMillian. All these artists use a very different personal lens, and it makes getting to know their work an act of joyful learning, and altogether makes for a hugely impactful experience.”

30 Americans focuses on issues of racial, sexual, and historical identity in contemporary culture while exploring the powerful influence of artistic legacy and community across generations. These artists delve into triumph, tragedy, pride, prejudice, and wit in a provocative exhibition united by one nation and distinguished by 30 experiences. Being American is only one aspect of these artists’ identities, and their understanding of what that means is as varied as the art on view.

The 54 works comprising the exhibition range in scale, theme, and medium, from painting, drawing, and sculpture to photography, video, and mixed media. The works as a whole provide an intersectional series of age, gender, sexuality, and class perspectives.

Traveling throughout the United States for a decade with each museum tailoring its own selection of works, 30 Americans has monumentally impacted audiences, institutions, and the building of 21st-century art collections.

“In 2019, I went to visit 30 Americans in Omaha in the dead of winter,” says Walworth. “The exhibition was big and bright, almost supercharged, and its effect on me was literally and metaphorically one of coming in from the cold. I’ve been assembling our own unique version ever since, and I’m so excited that it’s finally here because our audiences will get to have their own epic experience with these works.”

Organized by the Rubell Museum, Miami.

30 Americans Opening Day Lecture with Xaviera Simmons
Saturday, October 9 | 11:00 a.m.
Join us as we welcome Xaviera Simmons, one of the artists featured in 30 Americans. Free with membership or admission. Registration required as space is limited. Face coverings required.

Simmons’ sweeping practice of photography, painting, video, sound, sculpture, text, and installation engages the construction of landscape, language, and the complex histories of the United States and its continuing empire-building internally and on a global scale. Simmons’ work has been exhibited nationally and internationally and belongs to major museum and private collections, including The Museum of Modern Art, New York; Deutsche Bank, New York; UBS, New York; The Guggenheim Museum, New York; The Agnes Gund Art Collection, New York; The De La Cruz Collection, Miami; The Museum of Contemporary Art, Chicago; The Studio Museum in Harlem; and many private collections. Simmons received her BFA from Bard College in 2004 and completed the Whitney Museum’s Independent Study Program in studio art (2005) while simultaneously completing a two-year actor-training conservatory with The Maggie Flanigan Studio, New York. Simmons is a recipient of Socrates Sculpture Park's Artist Award (2019) and Agnes Gund’s Art for Justice Award (2018) as well as Denniston Hills’ Distinguished Performance Artist Award (2018). In Spring 2020 she was awarded The Charles Flint Kellogg Award in Arts and Letters from Bard College. She has held teaching positions at Harvard University, Yale University, School of The Art Institute of Chicago, and Columbia University. Her work has been featured and reviewed in many publications over the years, most recently in ArtNews, The Art Newspaper, Artnet News, Artforum, Hyperallergic, New York Magazine, Bloomberg, Paper Magazine, The New York Times, and others. Simmons' current research has been generously supported by The Ford and Mellon Foundations.

Public Tour: 30 Americans
Sunday, October 10 | 1:00 – 2:00 p.m.
There is no monolithic American experience just as there is no singular Black experience. This exhibition brings together the work of 30 artists who explore those multifaceted intersections from varying perspectives. Learn more about works from the likes of Kehinde Wiley, Mickalene Thomas, Nick Cave, and more with a guided tour. Face coverings required. Free with membership or admission.
______