What Ever Happened to Baby Jane?

In the hands of Joan Crawford and Bette Davis — the superb, white actresses who play the monstrous sisters of What Ever Happened to Baby Jane? — we feel the frustration of women everywhere in the literal paralysis of Blanche Hudson and the rage and violence of her sister, Jane. But this sibling rivalry between two women, raised to be on the stage and fired by ambition and greed, is disrupted by Maidie Norman’s feminist creation of Elvira Stritt. In Norman’s obituary, the New York Times calls Stritt “the black servant” of the film, but she transcends the trope of a loyal, Black maid to a white woman. Norman recalled that she had to rewrite the script, telling producers, “You know that is not how we talk . . . This is old slavery-time talk.” She transformed Stritt into a confidante, voice of reason, protector, and partner, planning a future of companionship with Blanche and modern medical care for Jane, all while dressed in stylish suits and elegant heels. Stritt embodies the clear eyes, fierce love, and intimate friendship that could successfully neutralize the feminine pain and anger embodied in the Hudson sisters, if we’d only let her. At the film’s end, someone quips about Stritt’s crumpled figure on the front page, “Sure is a rotten way to get your picture in the papers.” But Norman, in the midst of a fruitful career and a future inductee of the Black Filmmakers Hall of Fame in 1977 — all despite the lack of opportunity for Black actors at the time — already knew that. 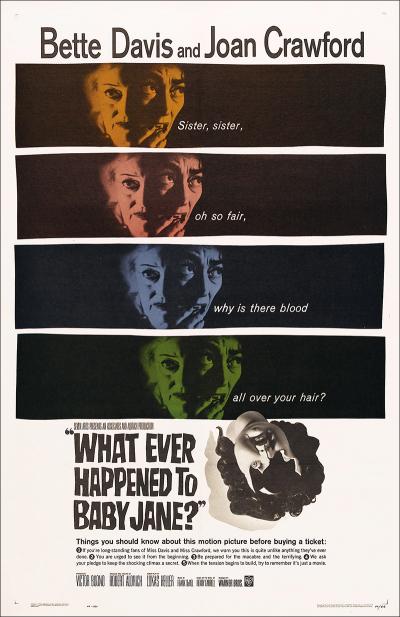