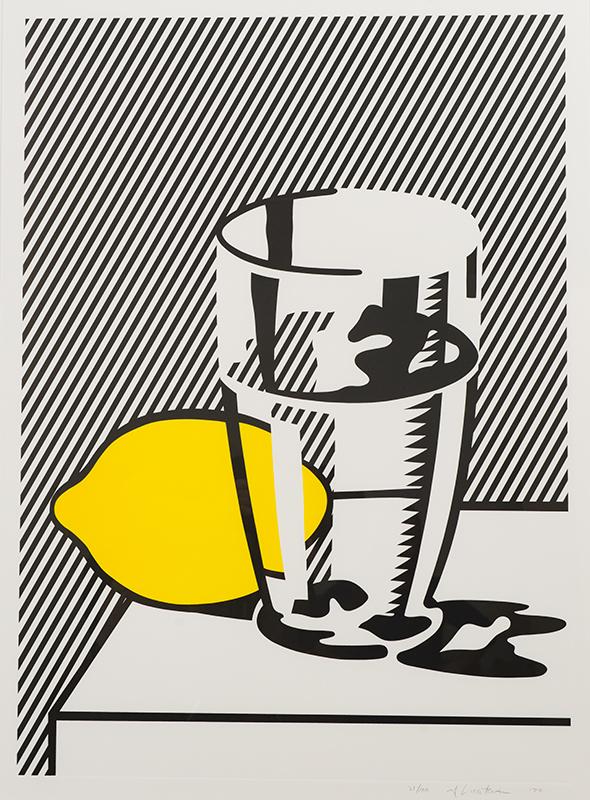 Columbia, S.C. – The Columbia Museum of Art is proud to announce the exhibition Midcentury Masters: Jasper Johns’ Gifts to the CMA, a varied collection of 35 prints gifted to the CMA by Jasper Johns himself and shown in its entirety for the first time, on view Friday, November 16, 2018, to Sunday, February, 24, 2019. With several prints by Johns as well as the work of such postwar heavyweights as Robert Rauschenberg, Josef Albers, Roy Lichtenstein, Ellsworth Kelly, and Andy Warhol, plus archival materials documenting Johns’ time living and establishing his artistic identity in Columbia, this unique exhibition provides insight into the mind of South Carolina’s most famous artistic son.

“Artists, critics, and collectors the world over know the name Jasper Johns, but few know that his career began in Columbia where he studied at USC,” says Chief Curator Will South, who organized the exhibition. “And though he became an international art star, he did not forget South Carolina. This is a show documenting the importance of contemporary art to the collection and celebrating the importance of the museum’s patrons like Jasper Johns.”

One of the most influential American artists of all time, Johns was born in 1930 in Augusta, Georgia, and raised in South Carolina and spent a significant portion of his life in Columbia. He attended three semesters at the University of South Carolina, where he built lifelong friendships with his teachers, and was then stationed at Fort Jackson from 1951 to 1953. He exhibited around town and for a while was a curator for the CMA’s Fort Jackson Gallery, a single room inside the old museum on Taylor Street.

After moving to New York, Johns began painting symbols like numbers and flags, things that were ordinary and, in his words, existed as clear facts “not involving an aesthetic hierarchy.” Eventually, Johns and his work began to be seen as the bridge between traditional painting and contemporary art: he painted things like flags precisely because they were not illusions. This radical attitude toward creative output changed the art world and led to such pivotal movements as Minimalism and Pop art.

In 1999 to mark the occasion of the CMA’s 50th anniversary, Johns, persuaded by his old friend and former USC teacher Dr. Robert Ochs, gifted the museum with the works on paper from his personal collection that form this exhibition. Some of these works are by Johns himself, while the others are by his personal friends or artists he admired. Midcentury Masters features some of the great prints of the 20th century, including Albers’ work on color variations regarding the square and one of Johns’ own prints of a target, one of the subjects for which he remains best-known.

“Many in the Midlands do not know that Johns got his artistic start here in Columbia, and we’re excited to celebrate his roots and share that story with our community,” says Executive Director Della Watkins. “This extraordinary show is a chance to learn about an art legend, his Columbia connections, and the many lives he touched and was touched by in return.”