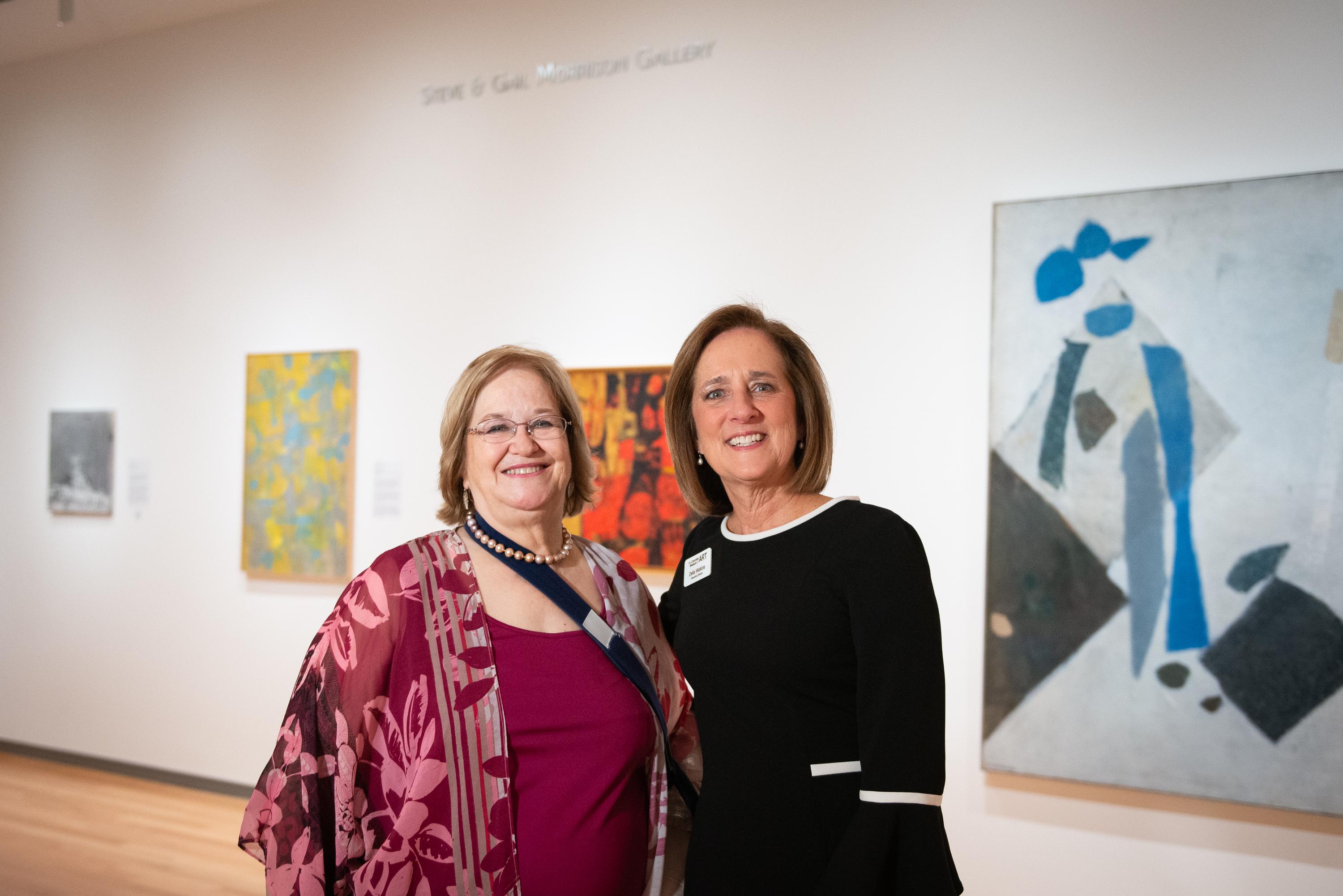 Columbia, S.C. – The Columbia Museum of Art is proud to have presented the 2022 John Richard Craft Leadership Award to Dr. Gail M. Morrison. Well-known in Columbia as a philanthropist and long-term supporter of the arts, Morrison epitomizes the values the CMA recognizes each year with the Craft Award. CMA Board President Cathy Love, CMA Board Member Dr. Suzanne R. Thorpe, and CMA Executive Director Della Watkins presented the award to Morrison at an elegant appreciation dinner celebrating her service on Tuesday, March 1. The Craft Award, named for the museum’s first director, is the highest honor the CMA bestows. The evening also included the unveiling of the newly named Steve & Gail Morrison Gallery, named in honor of Morrison and her late husband Steve, a former CMA board president and Craft Award winner.

“Warm, humble, and insightful, Gail is community-minded to her core,” says Watkins. “She gives so willingly of her time, expertise, and resources, always making a meaningful impact to grow arts and culture in the greater Columbia region. Visitors to the Columbia Museum of Art will long benefit from her generosity and care.”

Morrison’s first love has always been education — though trained as an English K-12 teacher, she ended up with a 38-year career in higher education. She received her master’s degree from the University of Michigan and her Ph.D. in American literature from the University of South Carolina. In 1984, she joined the staff of the SC Commission on Higher Education, where she served as director of academic affairs and licensing, deputy director, and agency director. During her tenure at the commission, Morrison oversaw a federal grant program that provided funds on a competitive basis for institutions to improve their math and science teacher education programs and worked closely with the State Department of Education. She has also published a variety of papers on William Faulkner, the subject of her Ph.D. dissertation, and other writers.

Drawn to local arts organizations because of her deeply held belief that arts education is paramount to development, Morrison has served on the boards of many organizations, including the Columbia City Ballet, the S.C. Philharmonic, Heathwood Hall Episcopal School, and, of course, the CMA. Most recently, she has become a trustee of the ETV Foundation and of Benedict College. In her decades at the museum, Morrison has served as a docent conducting school tours through the galleries, as a current member of the CMA Commission, and as a member and current chair of the Collections Committee. Through dedicated board service, committee participation, premier membership, financial support, and fundraising efforts, Morrison’s immense contributions have helped to elevate the CMA to excellence.