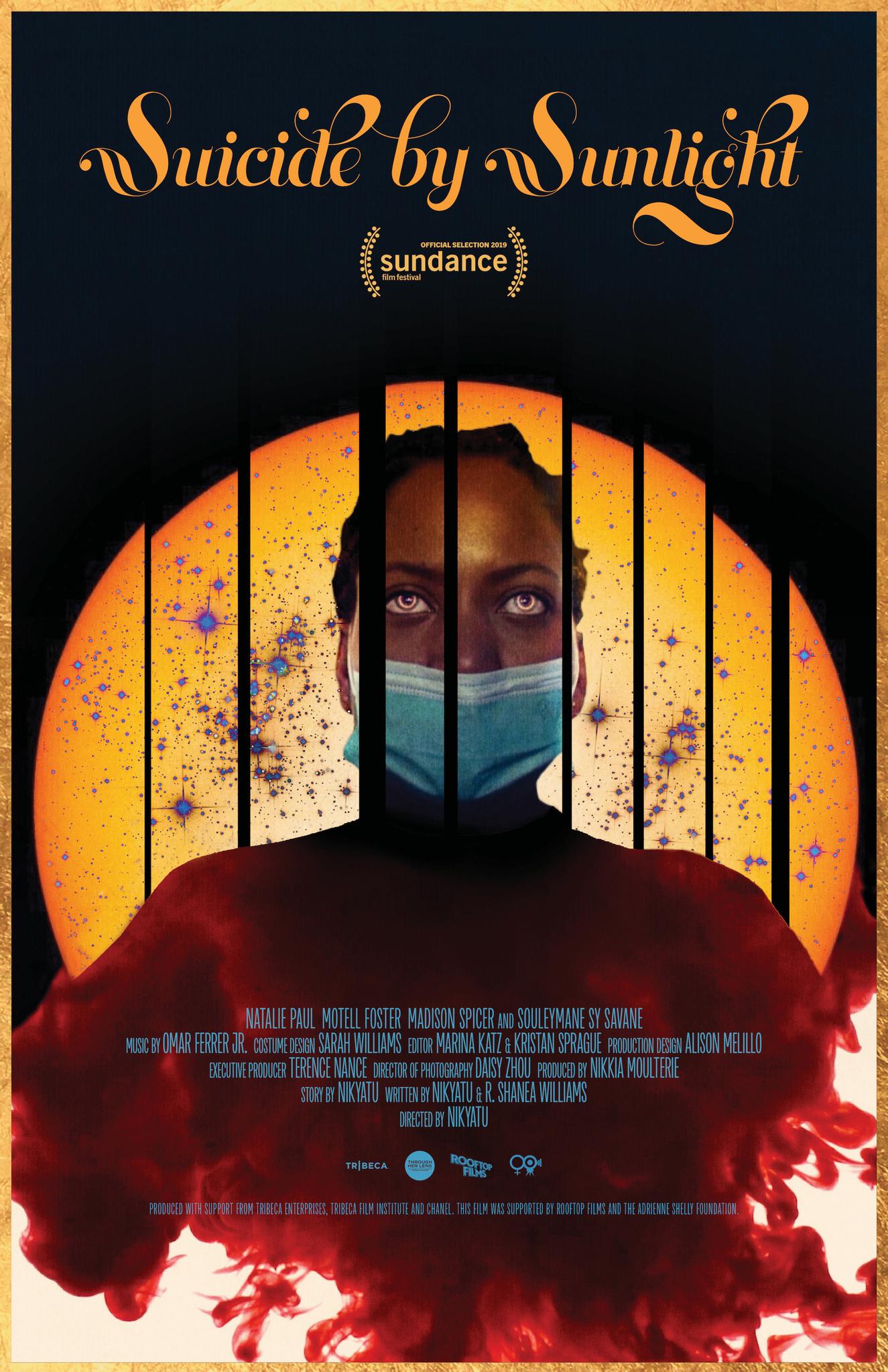 Visions of the Monstrous-Feminine: A Horror Film Series

During Free First Thursday at the CMA, take in a screening of short film Suicide by Sunlight (2018) in the CMA Theater.

Since the Gothic horror era, vampires like Dracula and Carmilla have represented fears of racial and sexual otherness — antisemitic sentiments and anxieties about female power and queer sexualities. Vampires have also embodied white supremacy in the form of pale, aristocratic Europeans who seduce and feed upon exploited mortals — think Miriam Blaylock from The Hunger. In the 1970s, Black directors brought the first Black vampires to the screen in Blacula and Ganja and Hess.

Suicide by Sunlight follows Valentina, who struggles to assimilate into society due to her acquired abilities as a day-walking Black vampire. By day, she is a hardworking pediatric nurse. By night, she transforms into a desperate vampire preying on the innocent. As she adjusts to the new challenges of vampirism, Valentina must cope with her complicated relationship with her estranged daughters and husband. This alluring drama about motherhood conveys the challenges of conflicting identities as Valentina attempts to satisfy her bloodlust while striving to be the parent her children deserve. Run time: 17 minutes.

Visions of the Monstrous-Feminine is a film series that features female monsters who challenge the roles women traditionally play in families and communities. This series invites viewers to join three women on their journeys as they navigate patriarchal societies in which parenthood is both a responsibility and a vulnerability. Deconstructing the dynamics of the nuclear family, these films superimpose supernatural elements to create intense horror narratives that offer nuanced depictions of female monstrosity. Watch the monstrous-feminine come alive as day-walking vampires, demonic djinns, and surreal cyborgs redefine what it means to be human.

Curated by Julia Elliott and sponsored by the South Carolina Honors College and Women’s and Gender Studies at UofSC, this series will screen at the Columbia Museum of Art and Richland Library Main. Students from Julia Elliott’s Gender and Horror Class designed all presentational and marketing materials.

Other screenings for the series, both taking place at Richland Library Main, include:

“A fresh and exciting take on the extremely well-trod vampire mythos, Nikyatu Jusu’s acclaimed short film Suicide by Sunlight [blends] a host of diverse inspirations from the genre into something uniquely vibrant for the current moment.”

-- Jason Sondhi, Short of the Week