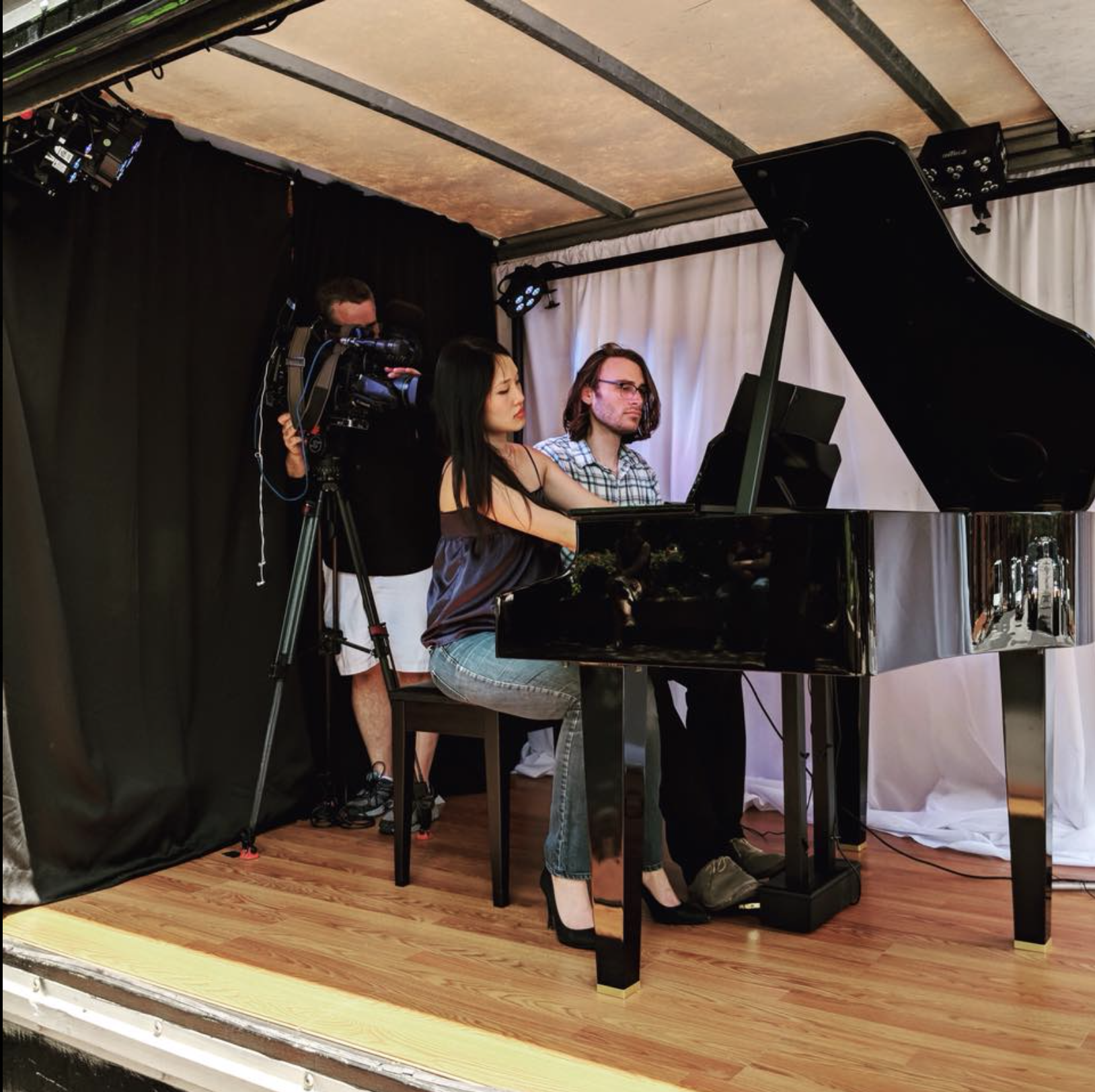 This project is supported by a grant from the Knight Foundation Fund and by a Connected Communities grant at Central Carolina Community Foundation.

The Concert Truck began with a bold and rebellious vision: to take quality, live classical performances out of concert halls and into unexpected public spaces. Impassioned by their love for classical music and belief in its emotional power, pianists Nick Luby and Susan Zhang converted a 16-foot box truck into a fully functioning mobile concert hall, complete with lights, sound system, and piano. Since then, The Concert Truck has performed across the country in schools, parks, shelters, town centers... anywhere you can think to park a truck. The Concert Truck's mission is to bring classical music to people from all walks of life and bring them together through a shared experience of great art.

The Concert Truck has toured across the country and has been featured by Voice of America - VOA, Minnesota Public Radio, the Baltimore Sun, WYPR Maryland, and several local TV news stations including SCETV and WDAY Channel 6 News Fargo. Launched in April 2016, The Concert Truck gave eight performances throughout the city of Columbia, SC in five days. The Concert Truck received First Prize for the 2015 Creativity in Music Award given by SPARK: Carolina's Music Leadership Laboratory and Most Original Idea in the 2018 Johns Hopkins University Business Plan Competition.