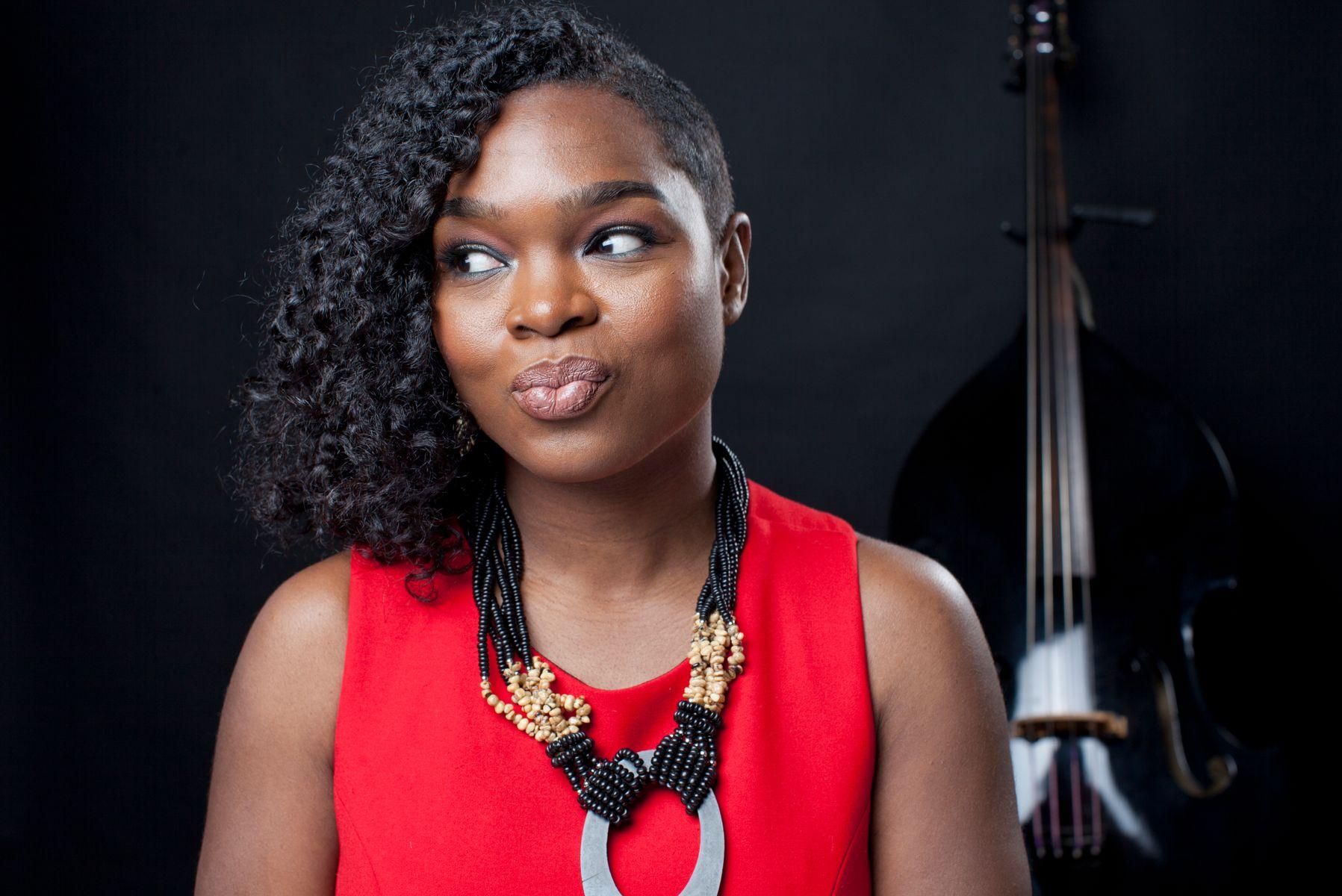 For Jazz Appreciation Month, More Than Rhythm focuses on America’s first global pop style. Guest artist Mimi Jones speaks with series host Dr. Birgitta Johnson and assistant professor of jazz at UofSC Dr. Colleen Clark about the vibrant roots and genre-merging futures of jazz before Jones and her band, The Black Madonna, take the stage for a special performance.

Presented by the Baker & Baker Foundation. This program has been made possible in part by the National Endowment for the Humanities: Democracy demands wisdom. This program is supported by Richland County Government. Equipment Sponsor: Caroline Guitar Company.

Online sales are closed. Tickets available at the door.

Mimi Jones has been on the jazz scene for the more than two decades. She has reigned supreme as a bassist, vocalist, producer, label owner, and now filmmaker, as well as worked as a side woman to an impressive coterie of musicians and as a leader with three albums on her own label, Hot Tone Music, featuring the Mimi Jones Band. Jones also serves as co-director with ArcoIris Sandoval of The D.O.M.E. Experience, a multimedia project created to inspire its audience to become aware of environmental and social issues within the community and globally through choreography, composition, and cinematography. She is an associate professor at Berklee College of Music.

Guest panelist, drummer, composer, educator, and bandleader Dr. Colleen Clark is the first drummer and woman to earn a Doctor of Musical Arts degree in jazz performance at the world-renowned University of North Texas, the oldest jazz institution in the U.S. Clark has performed in prominent venues including the Kennedy Center, Jazz at Lincoln Center, Birdland, and the 55 Bar. Her debut album, Introducing Colleen Clark, consisting entirely of original music, was produced by Gordon Stout and engineered by 10-time Grammy Award nominee/winner Brian Dozoretz.

Angelo Della Valle is a 20-year-old guitarist born in Naples and based in Boston. He started playing guitar when he was 5 years old. His main genre was rock music until he turned 13 and started studying jazz. From the age of 14, he studied both jazz and classical music at a special music high school in Italy, specializing his studies with the great jazz guitarist Pietro Condorelli. In 2016 he won the scholarship "best student in the clinics" for his final performance during the clinics of the famous festival Jazz in Laurino. He had the fortune to play with the famous guitarist Steve Vai during one of his Master Classes in Italy, definitely one of the best experiences of his life. In 2019 he won a scholarship for Berklee College of Music, where he's currently studying. In 2019 he founded the band Ayahuasca Experiment. They released two albums in 2020 and 2021; he cowrites all the songs with the members of the band. In his first two semesters, he's part of the Dean's list as best student at the school.

Faulkner's training began at the Girard Academic High School Music Program (GAMP). At seven years old, his formal education included studying classical percussion with Susan Jones and jazz drums and percussion with Samuel Ruttenberg. Jazz ensemble, chamber ensemble, and choral ensemble education at the Kimmel Center created a new understanding of community and the creative ecosystem. The Clef Club of Jazz and the Performing Arts provided freedom of expression for a young musician to find his way. Principal Timpanist of the Philadelphia Orchestra Don Liuzzi cultivated the detail-oriented nature necessary to craft the full musical experiences Faulkner presents. Faulkner has toured the world extensively for the last 11 years.