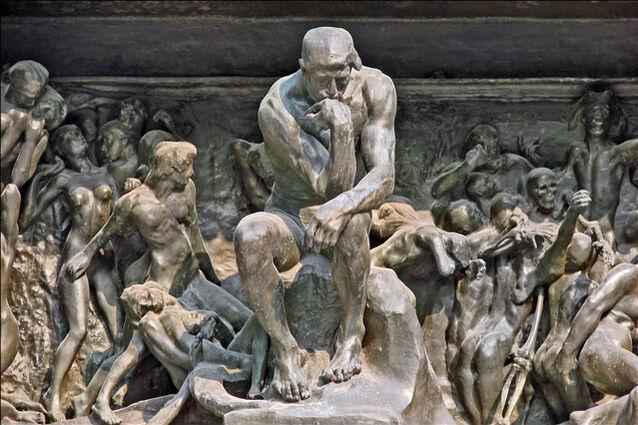 Join your fellow Rodin fans for a casual screening of the 1982 award-winning film Rodin: Gates of Hell, chronicling Auguste Rodin's struggles and sacrifices in creating a monumental work of art and the extraordinary modern-day effort to give it the final form he envisioned. 53 min.

Rodin's masterpiece The Gates of Hell is an epic achievement: a massive portal to Hades inspired by Dante's Inferno, its towering doors covered with nearly 200 individual figures. Commissioned in 1880, the project was to be the main entrance to the museum of decorative arts in Paris, a museum that was never built. A century later, New York businessman and philanthropist B. Gerald Cantor and his wife, Iris, convened a team of experts to attempt the first-ever bronze casting of The Gates of Hell using the painstaking "lost wax" method that Rodin himself had favored. The finished piece would stand 21 feet high and 12 feet wide and weigh eight tons.

Free screening with membership or admission. No registration necessary.

This program is sponsored by South Carolina Humanities, a state program of the National Endowment for the Humanities; inspiring, engaging and enriching South Carolinians with programs on literature, history, culture and heritage.