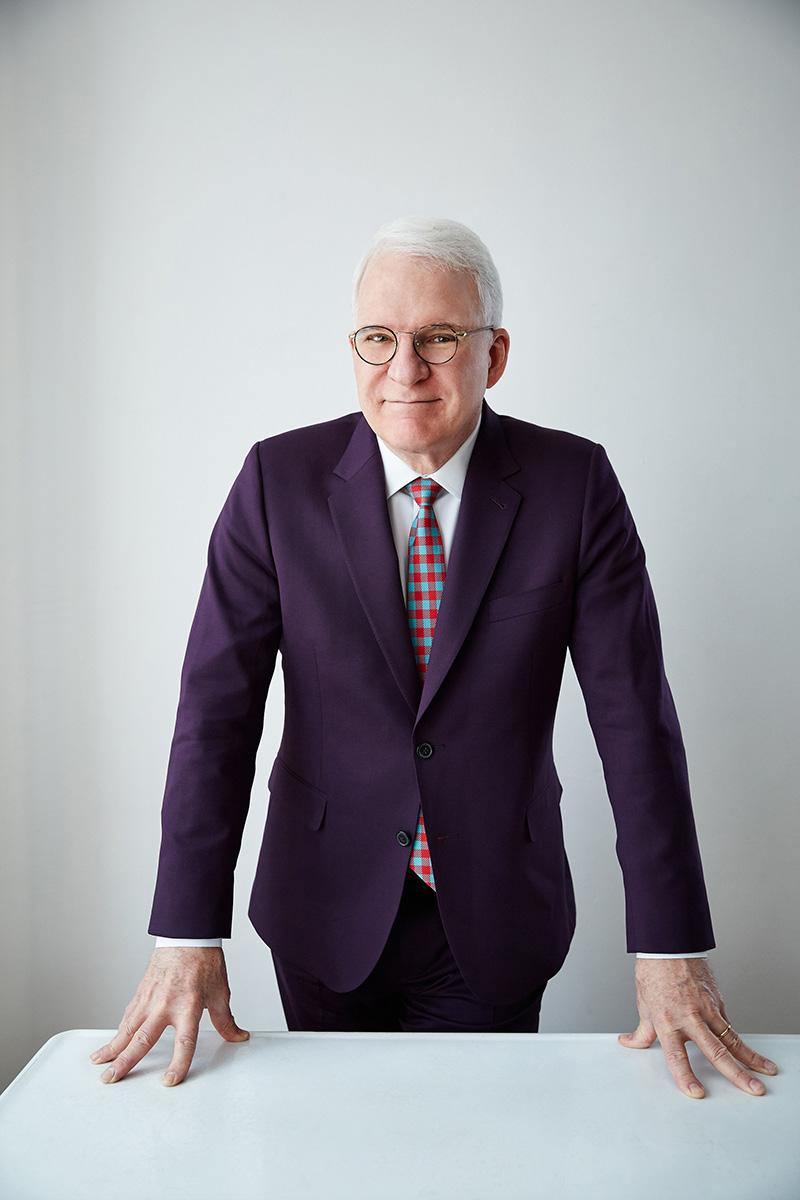 An Evening with Steve Martin

A longtime collector, Martin sees living with art as a way to expand his experience of ideas, possibilities, and, of course, creativity. The discussion highlights artists Martin has collected along with backstories delivered in his own inimitable way.

The fundraiser includes dinner and drinks in an intimate setting. This is a once-in-a-lifetime event, not to be missed!

Schedule for the Evening

Steve Martin is one of the most well-known talents in entertainment. His work has earned him an Academy Award®, five Grammy® awards, an Emmy®, the Mark Twain Award, and the Kennedy Center Honors.

Steve Martin is also an accomplished Grammy Award-winning, boundary-pushing bluegrass banjoist and composer. In 2013, Martin released his third full-length album called Love Has Come For You, a unique collaboration with songwriter Edie Brickell. Love Has Come For You, won a Grammy ® for “Best American Roots Song” for the title track and inspired their musical Bright Star. Bright Star received five Tony Award nominations and also received Outstanding New Broadway Musical and Outstanding New Score at the Outer Critics Circle Awards. Martin and Brickell’s second album together, So Familiar, was released on Rounder Records and featured 12 remarkable songs that bought the acclaimed duo’s musical collaboration into fresh creative territory. Steve Martin and The Steep Canyon Rangers released a second album together in 2017 titled The Long-Awaited Album.

As an author, Martin’s work includes the novel An Object of Beauty, the play Picasso at the Lapin Agile, a collection of comic pieces, Pure Drivel, a bestselling novella, Shopgirl, and his memoir Born Standing Up. His play Meteor Shower premiered on Broadway in 2017 in a production starring Emmy Award-winner Amy Schumer, Keegan-Michael Key, Tony Award-winner Laura Benanti; and Alan Tudyk, and directed by four-time Tony Award-winner Jerry Zaks.

Steve Martin’s 2018 Netflix special with Martin Short titled “An Evening You Will Forget For The Rest Of Your Life” received 4 Emmy nominations in 2018. Martin and Short will embark on a new tour in 2019 titled “Now You See Them, Soon You Won’t.”