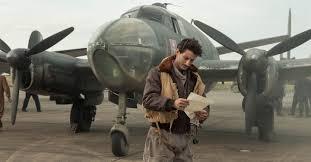 Join the CMA and the Alliance Française for a film screening as part of the 2019 CinéCola film festival. Director Eric Barbier’s 2017 blockbuster La promesse de l’aube / Promise at Dawn is based on award-winning author Romain Gary’s 1960 autobiographical novel in which he recounts his life, from his childhood through his experiences in World War II, and the story of his self-sacrificing mother, who raised him alone. Starring Pierre Niney and Charlotte Gainsbourg. French with English subtitles. Not rated. 2 hours and 11 minutes.