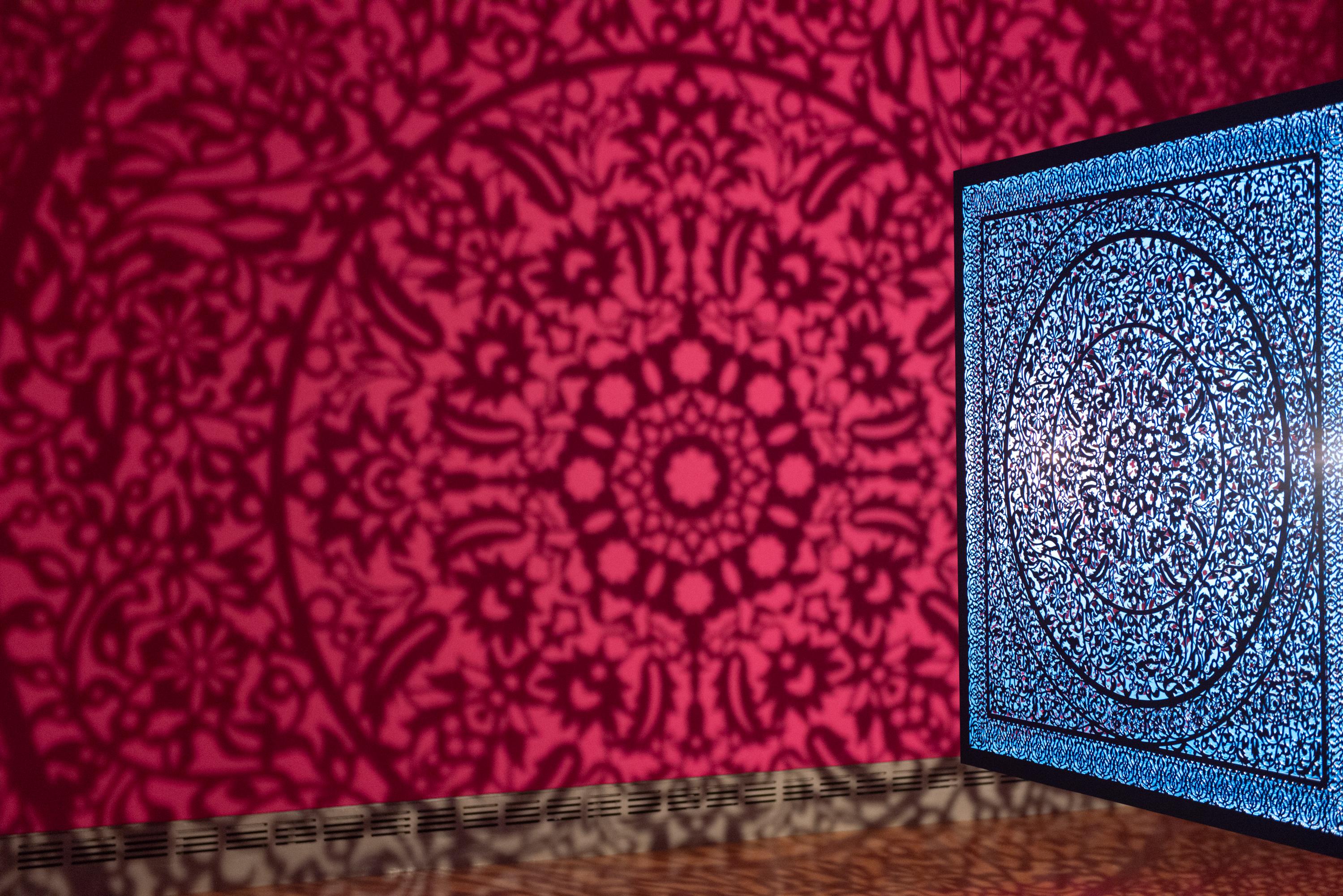 Enjoy a unique performance in the galleries from vocalist Madhuri (मधुरी) Jadhav accompanied by harmonium, guitar, and tabla amidst the light and shadows of Anila Quayyum Agha: Let A Million Flowers Bloom.

Madhuri, a well-known singer and performer in the U.S. and India, is a proficient harmonium player and composer. She is a disciple of Pandit Dr. Haribhau ji Khandare and holds a master’s degree in Indian classical music. A “graded artist” by All India Radio, she is a Natya Sangeet Visharad & Visharad Gold Medalist. Madhuri was a finalist on the reality singing competition show Sa Re Ga Ma Pa in 2006 and has performed on multiple Indian TV and radio networks including Doordarshan, Akashwani, and Zee TV.

Dr. Shekhar Pendalwar is a technical professional, yet tabla is his passion. He started learning tabla in his childhood under the guidance of accomplished maestros from India and now accompanies classical, film music, ghazal, fusion music, etc. He has given solo and group performances in and out of the Atlanta area, at Festival of India, Gwinnett and Atlanta Civic Centers, for Zoo Atlanta, VIBHA, and CRY foundation, and at international symposiums. He has accompanied many noted artists from India.

Rajesh Uttangi has been playing guitar since he was a kid and plays music of many genres, including both Indian and Western. He believes that learning music is a lifelong process and has learnt music from his father, uncles, and more recently, from many generous teachers on YouTube. He works in information technology and currently lives in Charlotte, North Carolina.