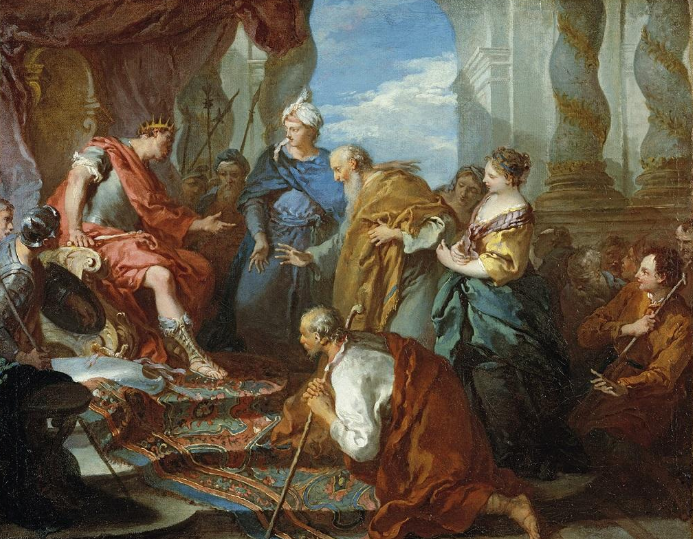 Joseph Presenting His Father and Brothers to the Pharaoh

Boucher was the leading painter of the Rococo style and became the First Painter to the French King. In 1723 Boucher won the Prix de Rome but did not travel to Italy to study until four years later. This painting demonstrates his early fascination with serious historical themes and the color palette and architectural forms of Venetian painting. In his later Rococo work he chose more pastel colors, delicate forms, and light-hearted subjects.