Some girls dreamed of being princesses.

I always wanted to be Barbarella. People often dismiss horror movies for being sexist, and I don’t blame them. Released in the exploitation-era of the late 1960s, Barbarella’s poster promises little more than a scantily clad adventurer, pitted against space travel, monsters, tyrants, and… well, who cares? The point is, scantily clad.

However, Barbarella’s audiences left the cinema with more than an eyeful of Jane Fonda. Barbarella’s mission involves confronting her own repressed human nature, an evil queen who objectifies her innocence, and a final showdown where she’s tortured for daring to enjoy her newfound sexuality.

Barbarella’s hurdles aren’t unlike the patriarchal threats women faced at the time — or even today, where female sexuality is both politicized and policed by the government and moral elite. The film played a pivotal role in my understanding of such power dynamics, and I see it as a story that can help women reclaim these narratives as our own. Women’s struggle for bodily autonomy isn’t limited to science fiction, but Barbarella remains one of the most empowering feminist narratives cinema has to offer. 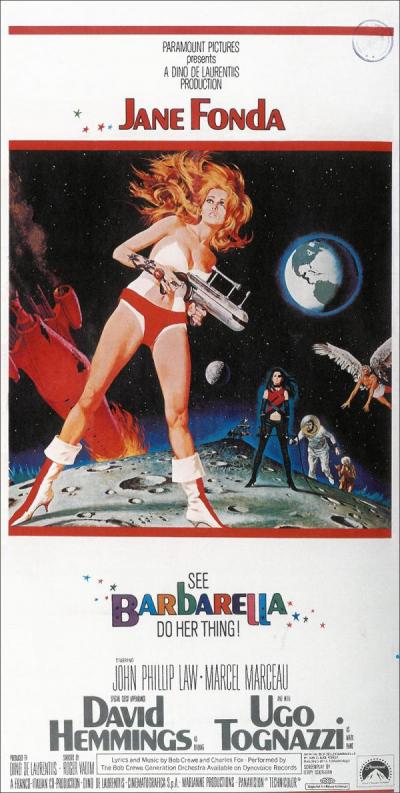