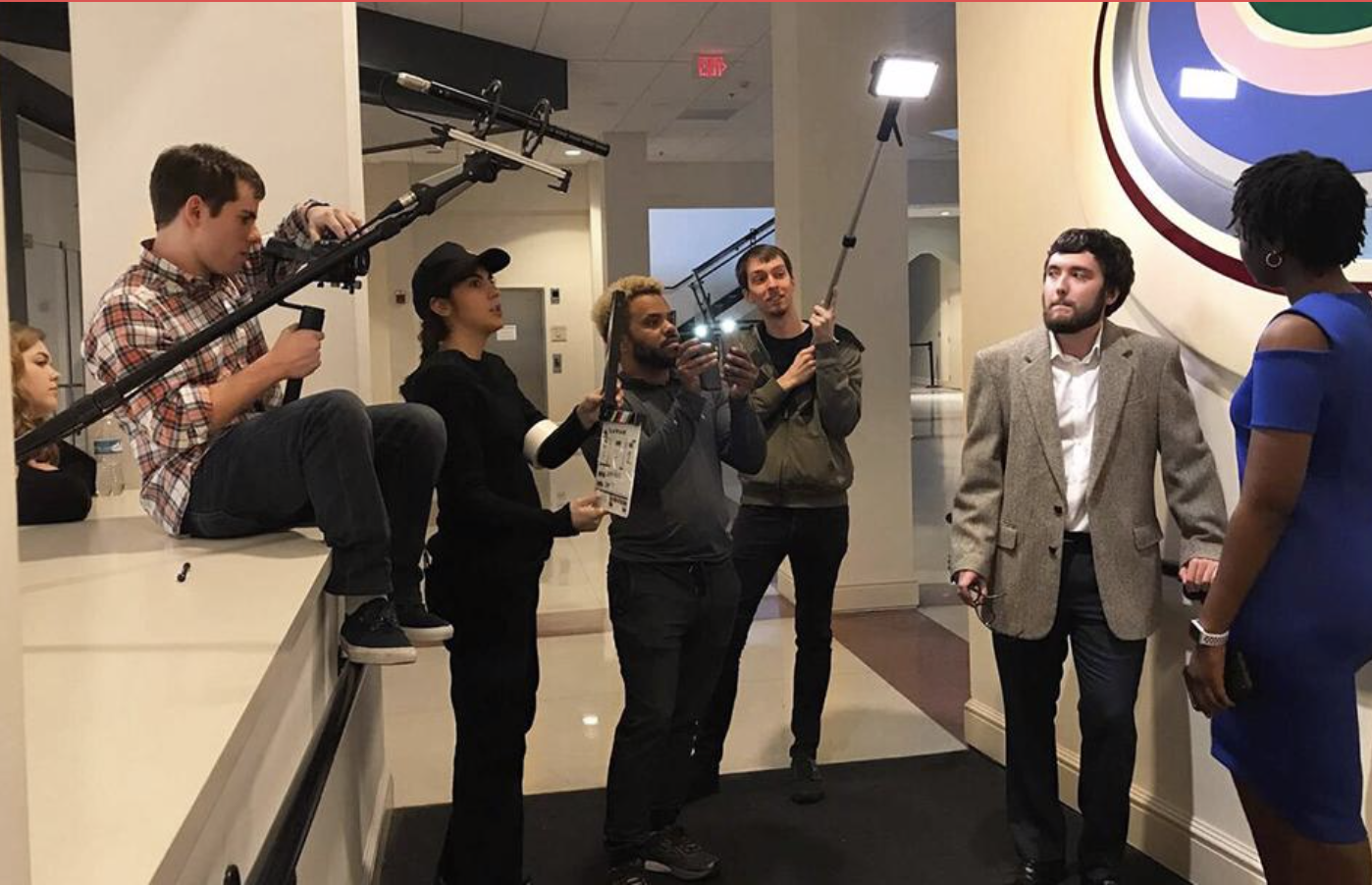 The One that Got Away

Arts education is important to us here at the Columbia Museum of Art, and we are always happy to work with partners like the University of South Carolina’s Media Arts department to help support creative educational endeavors and projects. So when USC Instructor (and my former professor) Jen Tarr reached out on behalf of her Narrative Production students in need of a location to make their short film, I was excited by the opportunity to host these students at the museum for their shoot.

On a quiet Monday in March, a group of young filmmakers-in-training took over our Lobby to create their film, The One That Got Away. As a former student of this program I felt a twinge of pride and nostalgia watching them creatively problem solve to create their short and get the best use of their location.

“One of my favorite things about shooting at the museum was being able to use the large open areas of the museum to really experiment with camera movement in our shots,” says Walker Smith, cinematographer for the film “Using a camera stabilizer mounted on top of a rolling tripod, I was able to craft beautiful sweeping continuous shots in ways I had only dreamt of.”

Writer and Production Manager Catherine Rivera furthered this sentiment, “I had previously shown the class screenshots of heist and spy films that inspired my own script. Most of those images were of massive opera houses, museums and casinos. Basically, these were spaces that I thought we would never have access to due to the fact that this is a student project…the unique architecture of the building really helped bring the art heist film to life. This really helped the cast and crew come up with some spur of the moment long takes, utilizing the large columns within the massive space. Jack (the protagonist) slinks behind a column as security walks by. It added a fun, Pink Panther element to the story and helped showcase Jack’s personality.”

The students’ appreciation extended beyond the physical space; throughout the day they interacted with a variety of staff who were “on set” doing their daily museum duties. “The staff was very welcoming and helpful,” says Director Leroy Kelly, “I remember we were losing light in one of the areas we were filming in, Drew stepped in to cut on the lights in that area. Those lights created one of the most beautiful shots in our film. The CMA was a very instrumental part of our film, and we are very happy that the staff allowed us to use their facility for our film.”

For many of the students who made this film, this was their final semester before graduation. I wish this new generation of young film and video artists luck and look forward to reading their names on the big screen.

The One that Got Away

See some behind-the-scenes footage of their museum shoot.