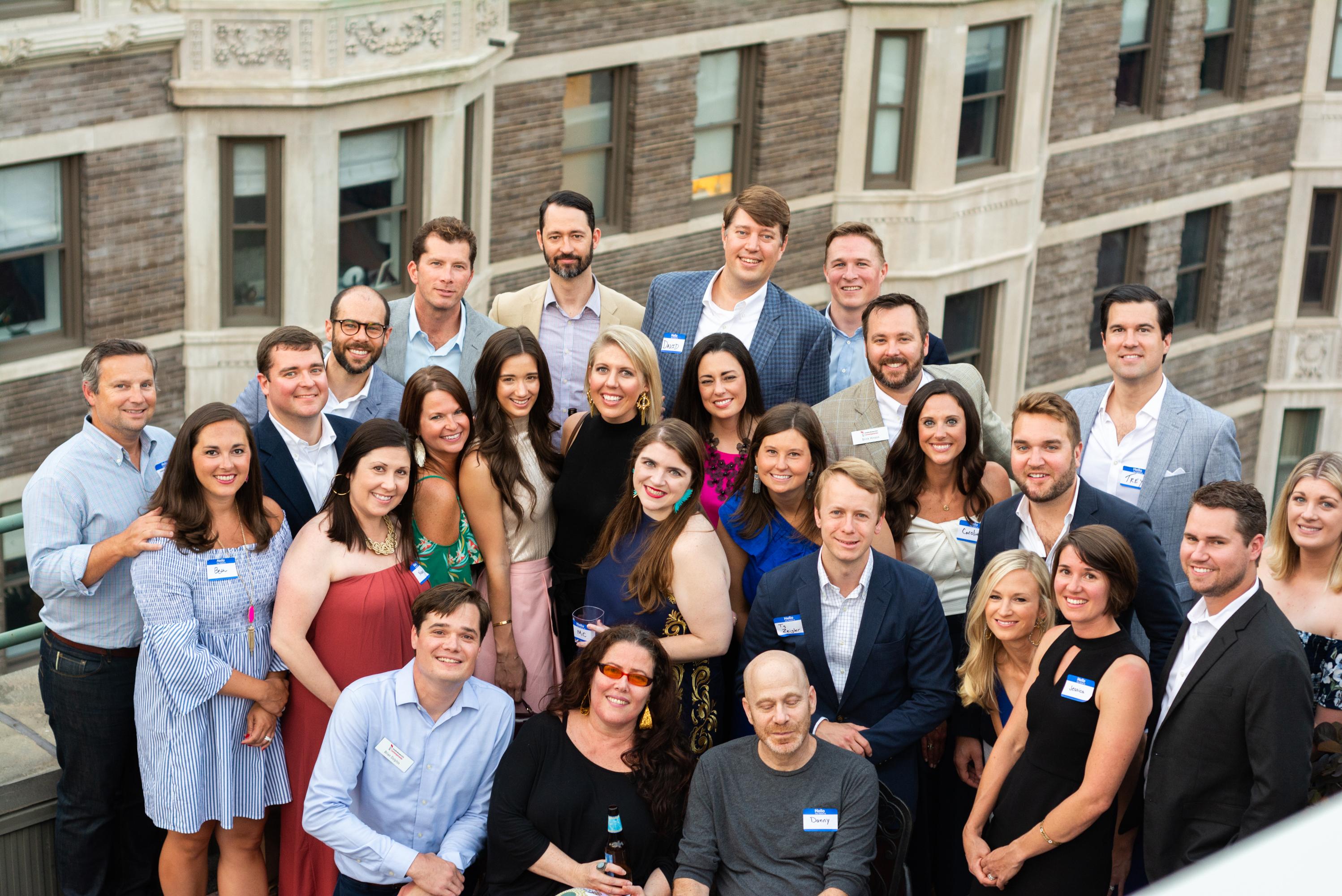 For more than two decades, The Contemporaries of the Columbia Museum of Art have helped the museum acquire numerous works for its collection.  The two pillars of those efforts — Dale Chihuly’s Untitled (Chandelier) and Henry Mandell’s Tatara Fire, both of which were specifically commissioned by the Contemporaries — sit prominently on display in the museum’s upper atrium. In June 2018, the Contemporaries trekked to New York to visit with the artist who was then working on the next piece to join the CMA collection.

Daniel Rozin creates interactive digital art, crafting installations and sculpture that have the ability to change and respond to the presence and perspective of the viewer (video samples of his art interacting with viewers may be found here).

When he is not creating his remarkable artwork, he serves as an arts professor at New York University’s Tisch School of the Arts. The piece he worked on for the museum is somewhat different from his traditional multi-motor sculptures. But like the museum itself, it is a moving, evolving work that visitors will enjoy for generations.

The Contemporaries initially targeted Rozin (who asks you to call him “Danny” as soon as you meet him) nearly three years ago. After asking Danny to consider creating a piece for the second-floor ledge, the board brought him to the museum in June of 2016 to assess that space and give a presentation to the board about his work. Since that time, in conjunction with CMA Executive Director Della Watkins and Chief Curator Will South, the Contemporaries board has engaged Danny in an ongoing dialogue to help his vision for the ledge become reality. On the weekend of June 8, the board began to see the fruits of those labors.

The weekend commenced with a Friday night meet-and-greet with Danny at a rooftop party on Manhattan’s Upper West Side, continued with a visit to his art studio in Queens on Saturday morning, and unofficially concluded with a private tour of the Metropolitan Museum of Art. Along the way, the board took in Saturday evening shows on Broadway and explored the numerous sights and sounds (and, yes, even the shopping) that Manhattan has to offer. Board members visited Chelsea Market, Central Park, the Museum of Modern Art, the National September 11 Memorial, and even Citi Field (the Mets beat the Yankees). We ate great food, enjoyed each other’s company, and viewed art in numerous forms every step of the way.

A week later the Contemporaries held their annual meeting in the CMA’s new event space, where the board officially brought the group’s fiscal year to an end. While the year behind and the year ahead were the official topics up for discussion, every member of the board could not stop talking about what a great trip we had to New York and how excited we were about Danny’s upcoming contribution to our community’s wonderful art museum. The camaraderie was palpable.

As president of the Contemporaries, I often boast that it is a charitable organization that “does things.” We host social and cultural events almost monthly. We raise money to support the museum. We engage young professionals in the Midlands and challenge them to get involved in Columbia’s cultural artistic resurgence, for which the museum has stood since it opened its doors nearly 70 years ago. Seeing our New York trip and visit with Danny come to fruition as part of a three-year journey toward another art acquisition has not helped to suppress those boasts. While the Contemporaries have much to be proud of for more than two decades of museum support, the years ahead may look even brighter.

The Contemporaries is a young professionals organization that supports and is affiliated with the Columbia Museum of Art. It encourages both the young and the young-at-heart of Columbia to join the museum and become involved in cultural activities throughout the year. Its goal is to build a flourishing community and to help grow the CMA’s collection while mingling with friends and enjoying the museum’s artwork and exhibits. The Executive Committee of the Contemporaries consists of Jase Glenn (President), Justin Drafts (Vice President), Caroline Jones (Treasurer), Heather McDonald (Secretary), and Brian Dolphin (Historian & Museum Liaison). To become a member of the Contemporaries, you can visit the this page or contact Brian Dolphin at BDolphin@columbiamuseum.org or 803-343-2210.