Harlem South: A View Through the Lens

Harlem South: A View Through the Lens

Enjoy a jazz and theatrical performance of historical fiction chronicling the dynamics of African American life in Columbia, South Carolina, between 1920 and 1936 through the photography of Richard Samuel Roberts. Harlem South features acclaimed jazz musician Dr. Ron McCurdy in collaboration with Darion McCloud of NiA Company and the University of South Carolina School of Music. Presented by Baker and Baker Foundation.

$35 / $28 for members. Includes admission to the CMA collection.

Students attend free thanks to the generous sponsorship of Friends of African American Art & Culture, a CMA membership affinity group. Please email Sherrie at sbelton@columbiamuseum.org to be added to will-call. 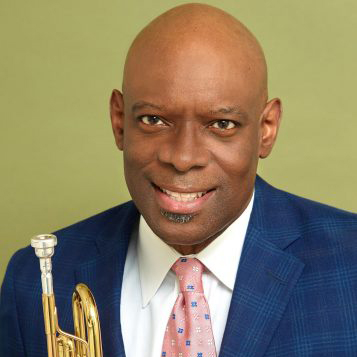 Ronald C. McCurdy, Ph.D. is professor of music in the Thornton School of Music at the University of Southern California (USC), where he served as chair of the jazz department for six years (2002–2008). He is also past-president of the International Association for Jazz Education (IAJE). Prior to his appointment at USC, he served as director of the Thelonious Monk Institute of Jazz at USC (1999–2001). In 2008, McCurdy premiered the orchestral version of The Langston Hughes Project, Ask Your Mama: 12 Moods for Jazz with the Indianapolis Symphony Orchestra and rapper and television actor Ice-T. The multimedia presentation features jazz quartet, spoken word, and images from the Harlem Renaissance. McCurdy is the co-creator of Letters From Zora: In Her Own Words and a performing artist for the Yamaha International Corporation. www.ronmccurdy.com

Darion McCloud is a theatre professional of more than 20 years. An actor, storyteller, director, designer, and consultant, McCloud is a cofounder of the boundary challenging NiA Theatre Company. McCloud uses theatre and storytelling principles to teach and foster communication, creativity, and community with audiences as diverse as corporate cultures, educators, homeless groups, and more. He has been awarded for his community work with the Andrew Billingsley Award and the Literacy Leader Award. He is a Leo Twiggs Scholar as well as a Riley Diversity Leadership Fellow, Indie Grits Fellow, and The Jasper Project's 2018 Theatre Artist of the Year, though his favorite role may be that of the favorite performer for thousands of school children. www.darionmccloud.com 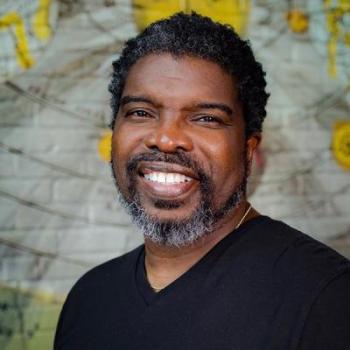 During the day, Roberts was the custodian at the post office in Columbia. On his off days and evenings, he was the photographer and documentarian for the segregated Black community. He captured diverse aspects of Black life in the city, including images of bankers, teachers, manual laborers, and children. In 1922, Roberts rented studio space at 1119 Washington Street. The studio suffered both from insufficient space and poor natural light, so Roberts developed new techniques in response to those problems.

Roberts amassed more than 3,000 portraits that in effect chronicle Black life under Jim Crow since 1920. As the city’s sole Black photographer, he was a documentarian responsible for establishing a Southern renaissance that paralleled the artistic revolution happening “up North” in Harlem. After his death in 1936, 3,000 glass plate negatives were stored under his house at 1717 Wayne street. They remained there for over 40 years.

Then, a field archival program at South Caroliniana Library led to conversations with Harriet M. Cornwell, a retired school teacher living in Arsenal Hill. She had been next-door neighbors with Roberts and led the way to one of Roberts' four surviving children, who still lived in the Wayne Street house. Researchers were astounded at both the quality of the photographs and the condition of the glass plates beneath the home. Phillip C. Dunn, a UofSC art professor specializing in photography, spent the next two and a half years cleaning and preserving the plates. In 1986, the Columbia Museum of Art exhibited Roberts' work as part of Columbia's bicentennial celebration.

The CMA now boasts 132 photographs by Richard Samuel Roberts in its collection.