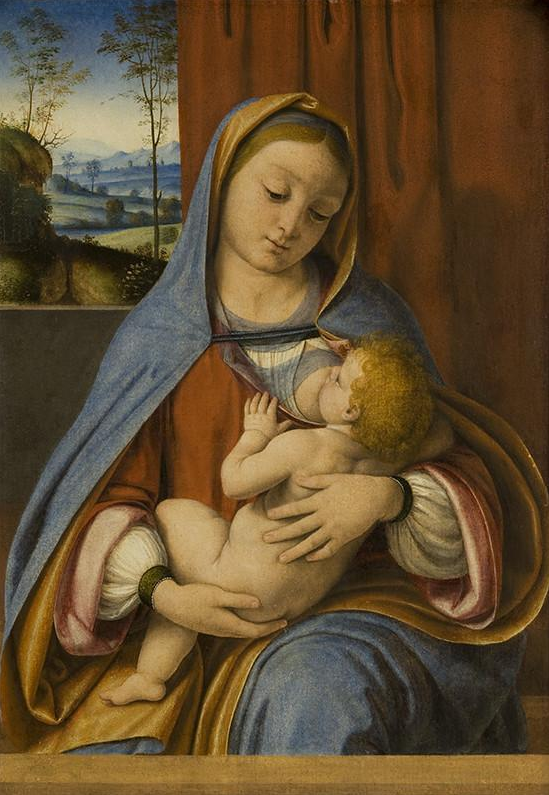 Andrea Solario came from a family of artists in the Lombard school (or Milanese) school, including an older brother, Cristoforo Solario, who provided his younger brother with many opportunities for training and artistic growth. Solario was influenced both by the Lombard and Venetian schools of painting throughout his career. Solario distinguished himself by adapting to different stylistic traits of the Renaissance, but never falling into the habit of blindly imitating other masters. Virgin Nursing the Christ Child, compared the prim, stiff medieval style of earlier painting, portrays the mother and child in a tender and utterly human light. This specific scene, called virgo lactans, gained popularity in the humanism-infused Renaissance. Renaissance artists emphasized the dogma of Christ being simultaneously divine and human by choosing to depict him in humanizing acts.