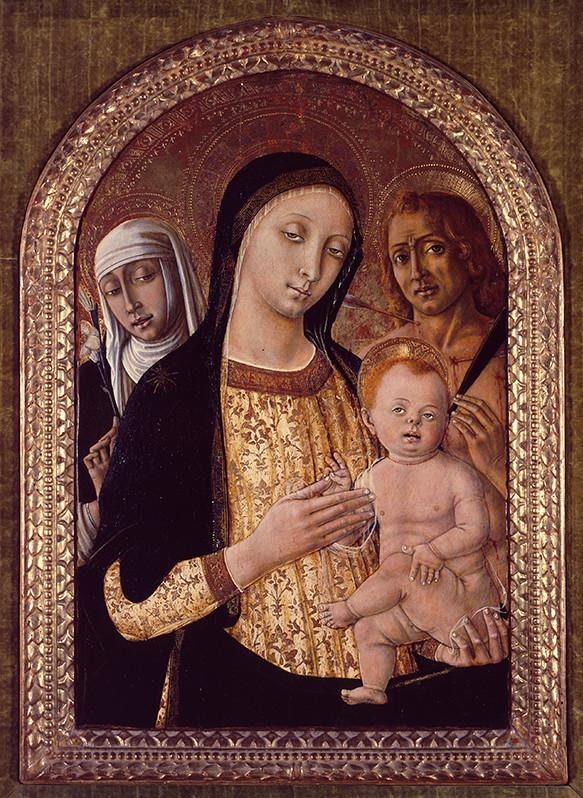 Virgin and Child with Saints Catherine of Siena and Sebastian

Matteo di Giovanni was established enough as an artist in Siena that he was among a group of Sienese masters selected by Pope Pius II to decorate a cathedral in the Pope’s hometown of Pienza. In this era of painting, depicting the Christ Child nude (as opposed to in Medieval painting) emphasized the human Christ’s vulnerability as a mortal. The accompanying saints, Catherine of Siena and Sebastian, may at first seem unrelated, but upon further research they are relevant to mid-15th century Siena. Catherine was a spiritual leader who devoted herself to caring for the poor and sick of Siena, even when she had to go up against Church authorities. Saint Sebastien, a young martyr during the Roman Empire, was executed by having his body pierced with arrows. An ancient belief was that diseases were transmitted through the arrows of the god Apollo. Even in the Christian tradition, the image of Sebastian pierced by arrows was venerated as a ward against the plague, which ravaged Siena during the time this artwork was completed.