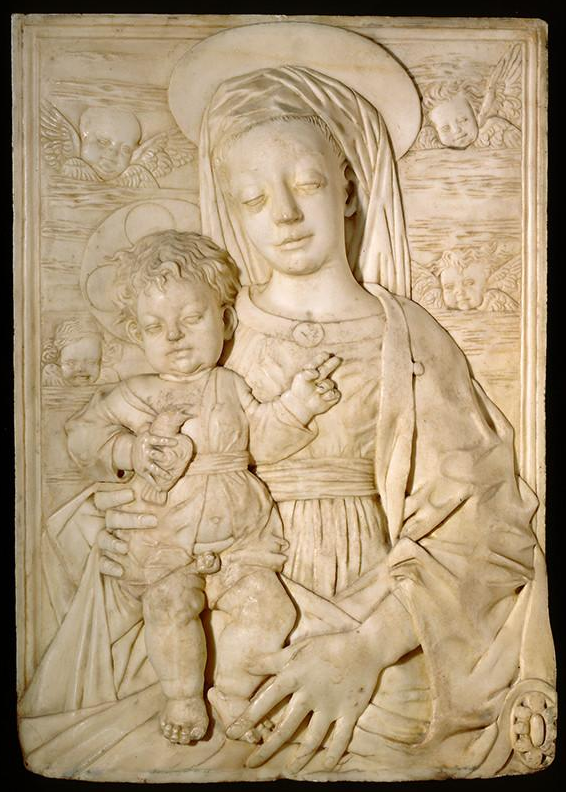 Since 1941, this sculpture was attributed simply to the “Master of the Marble Madonnas,” a catchall name used in the 19th century to refer to a number of similar sculptures. In following decades, various names were proposed as the true artist of this sculpture, but the Florentine master Gregorio di Lorenzo is the most recent, and most likely candidate. Unlike the many altarpieces of the Virgin and Child commissioned by Church officials, the latter half of the 15th century saw a rise in the popularity of individual, privately commissioned religious works. This relief sculpture (a sculpture that projects from a flat base) was probably such a private commission. As fitting for a personal residence, the scene of the Holy Mother and Christ Child is more intimate and tender than say, a cathedral altarpiece. The child is clutching a goldfinch in one hand, a symbol of Christ’s sacrificial mission. Alluding to the eventual martyrdom of Christ was extremely common in Virgin and Child and Nativity scenes in this era.