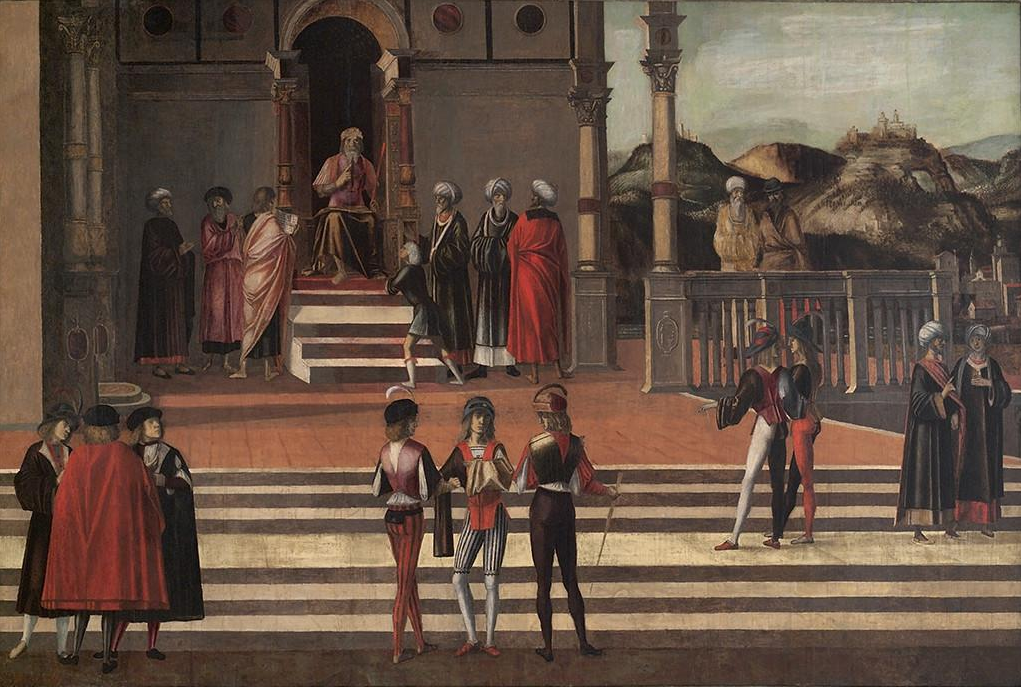 Lazzaro Bastiani, who came from a family tradition of artists in Venice, was likely to have trained under the Venetian master Jacopo Bellini or Bellini’s family. Joseph Interpreting Pharaoh’s Dream is striking in its architectural details and sense of order and courtliness. The true subject of the painting was actually a mystery until the 20th century, and was listed as a “judgment scene” as late as 1913. In truth, the scene depicts the Biblical story of Joseph, who went on to become the Pharaoh’s right-hand man, won his freedom from enslavement by interpreting a strange dream for the Pharaoh. Although Joseph was a popular Biblical figure in Venice among wealthy merchants, the focus of this painting is more about showing off the elegant architectural composition than any narrative. The dress of the figures also have a Venetian flair: as a port city and gateway to Byzantine culture (or further), it isn’t surprising to see a mix of Venetian and Oriental dress.